North and South Korea are like those two divorced parents who legit hate each other. They despise each other so much, the pettiness is unreal. Mad shit talking and shadiness. But did papi Trump actually do what others couldn’t? Did he make Rocket Man his bitch?

It appears after his meeting he might have. However, before we get our hopes up we must understand that North Korea is that psycho friend who we always “forget” to invite to the sleepover so in return, they blow our house up. North Korea is known for going back on their word. But maybe Kimmie Boy decided 2018 is the year of new beginnings and left all his negative energy behind. Kim Jong Un says he would disarm all of his nuclear bombs if we take ours away from the south. I like to believe he would keep to his word, but his ass is so flaky, I trust him like I trust Facebook, I don’t.

Since World War II, our government has been placing our nuclear bombs around like thots spread crabs. We have bombs in Japan, South Korea, Isreal and other countries. I kind of understand North Korea’s fears over us. At any time we could legit bomb the hell out of them before they could even say Bye Felicia. So its understandable that they would want us to draw back our use of nukes. No one needs them! All they will do is cause more tension and drama. Cancel them like Roseanne.

Many of us are wondering, why now? Why after months of twitter fingers, is Kim finally easing up to Trump. Well I believe it has to do with the sanctions and how desperate the North is for some cash relief. For decades we’ve been using economic sanctions as a way to hurt North Korea. We have blocked their access to international trading markets, prevented them from doing business with American Companies and limited their oil supply. At first this only hurt the poor because China was low-key helping the North out financially.

Now I think China has stopped giving the North as much aid, so they be struggling. This was done because they either want the North to unify. Or they did it as a way to force North Korea to negotiate with Trump because Trump wants to change our trade deal with China. This way they could of used North Korea as a bargaining chip during Trumps trade renegotiations.

As it stands now, China can make cars, and sell them over here with little to none import tax. HOWEVER, say an American car company attempts to sell a car over in China, there is a 25% tax. WTF?!? How is that allowed? Was our government trying to kill the middle class when they made that deal, oh yeah they were. You can hate Trump all you want but ending those crappy trade deals will bring back factory jobs in America. Trade deals like that is just one of the many reasons we lost so many middle class jobs.

So China is basically the glue of this deal. They are pissed about Trump rocking the trade boat and they are using their close relationship with the North Korea to exploit us. But for now Trump won’t back down on trade. So instead they are using a shitty cellphone company called ZTE as a bargain chip.

ZTE was banned in America because they are shadier than Google. As a China-State backed company, China had access to ZTE servers and could potentially see all of our data. Our government blocked all of their products from being sold in American but now Trump has ended that ban, why? Because China said if you don’t help us out, you can say Bye Bye to a nuclear deal with North Korea.  Isn’t it convenient that as soon as the talks with the North started to break off, Trump announced he wanted to help ZTE? I would LOVE to see those group chats!

So where do we go from here? I truly believe that the North and South will reunify but continue to be two separate governments. The DMZ will be taken down and tourism in the North will boom. Trump probably told Kim think of all the money you can make now. He can build a booming tourism industry, open museums and tours of places only a handful of Americans have been too. And lastly to exploit the fuck out of the place. You know oil and mining companies are already lining up to start digging. Theme parks, casinos and more will open here. Capitalism makes the poor even poorer and helps the rich stay rich. This will ensure that Kim and his family will stay in power.

Now the question is, will they continue being communist or go the way of Russia and be a mix of both? I don’t know but daddy is excited to see where this goes! History is truly amazing because the only way we can learn from our mistakes is by studying them. We cannot allow this to be like the fall of the Soviet Union. We have a chance to actually save a country, but knowing our government we’ll kill Kim and install a dictator puppet aka our foreign policy in the 70’s-80’s. 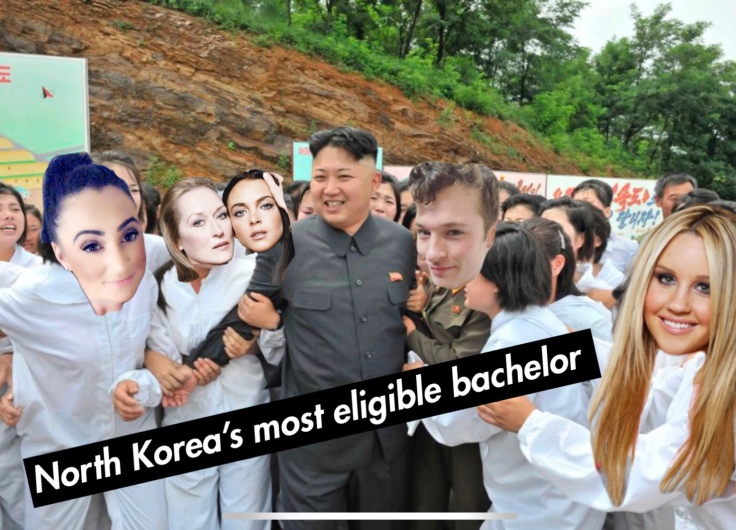