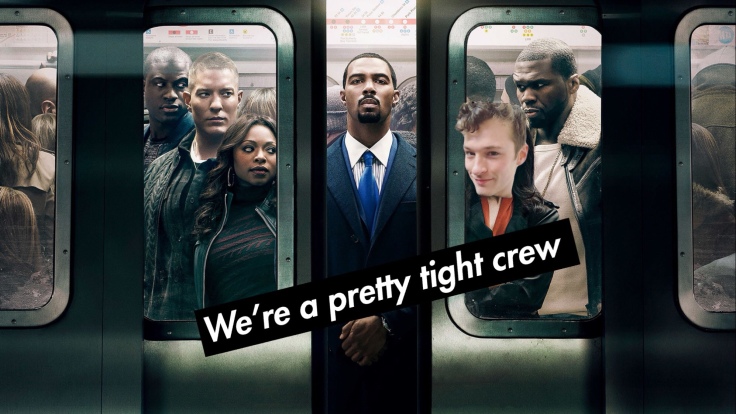 Okay Power on Starz is honestly the dopiest show out there. I consider it the non gay Empire. 50 Cent honestly needs to pay my baby girl Miss Alexis for spreading the gospel of his show. I first heard about Power when I was living down south.

All the ghetto hip hop radio stations would rant and rave about how amazing it was, but sadly I didn’t have Starz back than cause I was trash. But, when I came home my thot in training, Miss Alexis, was watching it and I was forever HOOKED! Then the rest of our friends started to watch it and it honestly spread quicker than the clap. My girl should honestly get a royalties check.

So quick summary, basically it’s about a night club owner named James St. Patrick, aka Ghost. He has it all, money, a sexy wifey name Tasha (my forever queen) and two kids, Raina and little piece of shit Tariq. Don’t even get me started on his wannabe hood rat ass.

So yeah James looks all innocent but lowkey, he’s the plug of the drug dealing community. So yeah with that comes MADDDD drama. Him and his boy Tommy are legit savages. They shoot up their enemies and sell ONLY the freshest dope.

But will their past friendship with a man named Kanan played by 50 Cent come back to haunt them? Will LaLa Anthony’s character have a cute side bun? Find out next week on Power. 50’s character is honestly my second favorite next to Tasha. He is so funny and will fuck shit up.

Oh shit I almost forgot about the one bitch on the show I hate more than Tariq, hoe ass Angela. Angela is a skank bitch from Ghosts past. After running into each other at Ghosts club one night they start a secret side bitch romance. But plot twist, she’s also a federal agent investigating drug dealers in New York City, aka ghost. Each episode you will wanna bitch slap Angela for being such a hoe! How could you do this to my girl Tasha?

This show legit needs way more award show recognition! The acting, writing and directing is SO LIT. The shows based off a 50 cent song so you know he ain’t playing. Last season Starz wasn’t going to give him the money he wanted to make the best show possible. So he threatened to leave and go to BET and their bitch asses craved, as they should of! What other good show is on Starz lmao they out of all channels shouldn’t be greedy.

If y’all like Empire, How to Get Away with Murder or Love and Hip Hop than you need to watch this! We need to support more black created shows! Power already has high ratings but we need to make it bigger than Game of Thrones! The drama is unreal so you have no reason not to get hooked.

Also, the show’s creator is this boss babe, Courtney Kemp, who honestly I can see being the next Shonda Rhimes. I love how at the end of the episode she does a quick video breaking the episode down and her reasonings behind different plot points. She’s so down to each & real! Where’s her awards?? So in short, if you don’t watch this show not only are you a racist but you also don’t believe in female equality in Hollywood.

Xoxo my website is a front for my drug business

One thought on “If you don’t watch 50 Cent’s Power, you must be racist”