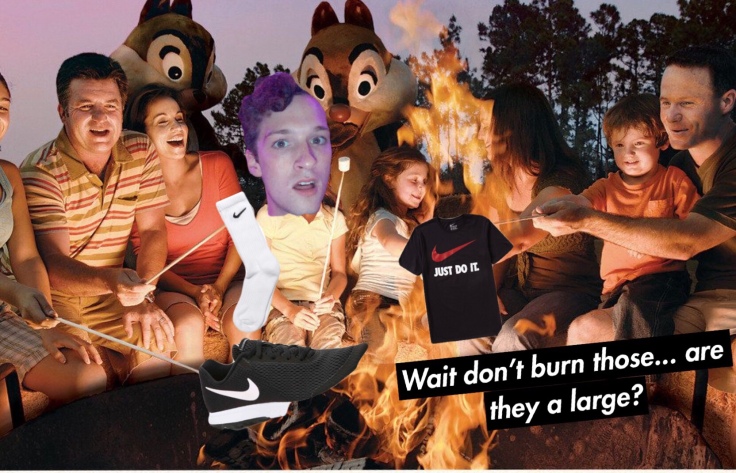 I am BEYOND done with how dramatic and extra (white) Americans are. Are we really burning Nike clothing because they put Colin Kaepernick in an ad, Really? That more dramatic than the gays freaking out over the new season of American Horror Story. Y’all do realize they been sponsoring him for a hot minute now? Shit like this is exactly what the media wants, to divide us. This is basically becoming another whites versus everyone else type of situation. I’m over it!

Let’s be honestly whites are the ones getting so butt hurt over this and I don’t get why. Why do you care if people kneel. Is it affecting you? NO! So move the fuck on and get over it. The less you care, the quicker you stop noticing it. Unless you have lived in their shoes, stop knocking what they are protesting. Do you even understand that Jim Crow ended in the late 1960’s? Or how the first public housing separated black fathers from their family. Or how New York school are still segregated by local property taxes. If I was black or a person of color I wouldn’t think America was ever great either.

Where was this passion and uproar when it was revealed that the Catholic Church has been covering up sexual assault for legit centuries. Did you burn your bibles and Rosary beads? No you acted like nothing happened and instead bitched about this. I can’t believe out of all the problems in this world, THIS is what we are concerned about.

Why aren’t we burning Nestle products for honestly stealing our water for pennies and charging us money for it. Or let’s attack Walmart for paying their workers next to nothing, thus forcing them to collected welfare. No burning down of their shitty China made product, so hypocritical its unreal.

Nike knew this backlash would happen and honestly they love it. It’s free advertising. They realize that Nike has more of an urban based demographic. White people wear mostly Under Armor now, well besides me, I’m well versed with my clothing. So this won’t even affect Nike’s bottom line. Plus now, more people are going to buy Nike to support this decision.

You can protest and hate Nike all you want but to burn your clothes is such a dick move. There is legit people homeless, with nothing on the streets and you are burning your still usable clothing? Go fuck yourself. Do you not see the fire in California? People are losing EVERYTHING, go send it to them. If people put this much energy towards REAL issues, this world would be a better place.