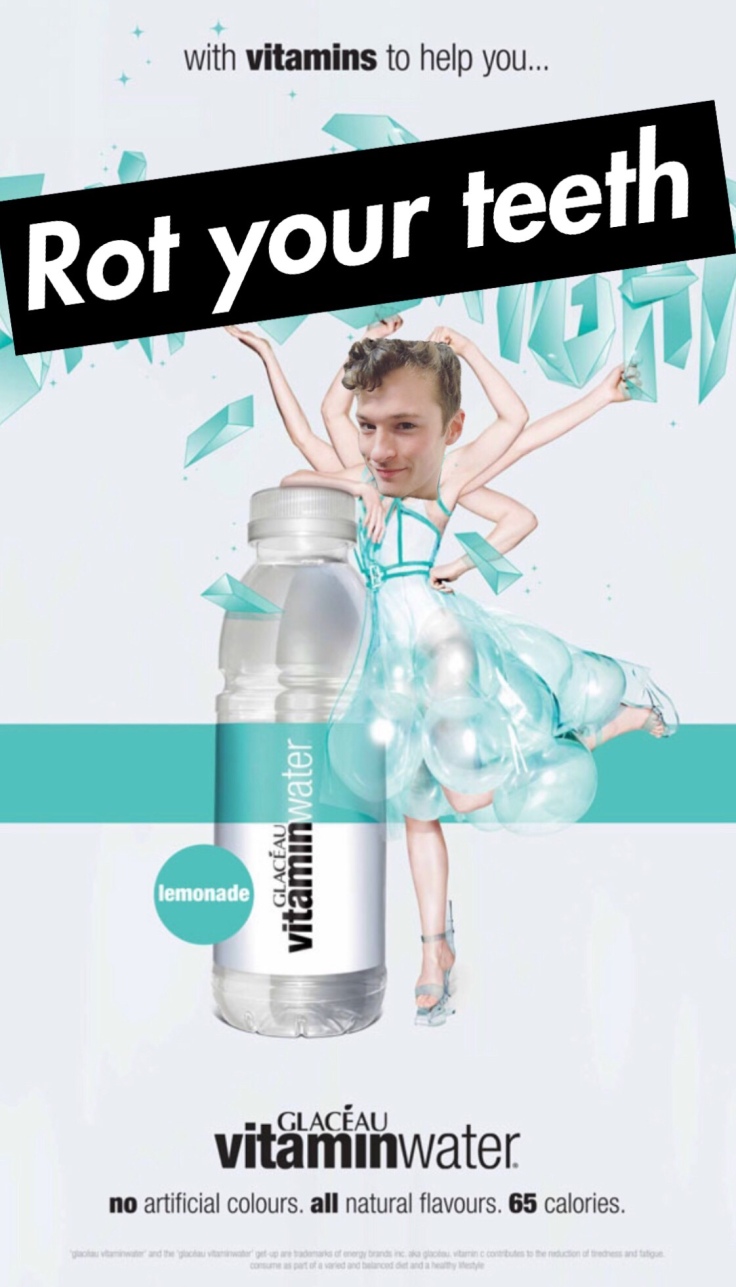 Shook, hurt and betrayed are just a few of the words I think of when I discovered how bad Vitamin Water is for you. What do you MEAN, something legit with the word Vitamin in it is bad for you. That’s the definition of false advertisement. Shit like this is why you deadass can’t trust ANY company. They all only care about increasing their bottom line. They don’t give a fuck about the side effects or the consequences of their actions. Instead they care about money, who cares if little fat Tony is getting diabetes from drinking this shit.

Vitamin Water may have originally been good for you but since Coca Cola bought them, it’s been shady sailing since. Coke bought them for $4.1 billion, little random trivia fact, 50 Cent was an original investor in the company. 50 makes lit shows, and lit investments. Coca Cola makes legit sugar water, why am I not shocked they own Vitamin water. Y’all can’t leave your sugar out of ONE thing? Chill with the sugar boner.

By drinking sugary drinks, we are adding more sugar to our diet which doesn’t curb our appetite. Instead we eat more and more and becoming a fat ass. Don’t become a fat ass. Drink water like what is wrong with people. Water is natural(besides the chemicals that leak into our ground water) and is good for you! Read everything before you drink, just because it appears healthy, doesn’t mean it is. In the United Kingdom, Vitamin water was sued for misleading ad’s, at least SOMEONE cares. Dumbasses like me are believing this is good for them, spread the word like herpies, it’s not good for you!!