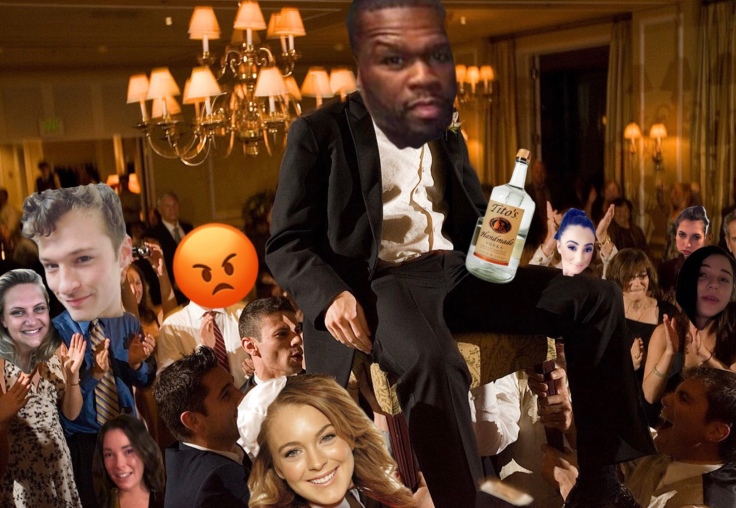 We live in an age where anything can happen to anyone. No matter how tough or sassy they may seem to be. With my loud mouth I’m bound to get jumped one day, that’s why I carry around a gun. I can’t fight, but some of my girlies can. They can beat a bitches ass so quick, with zero remorse. She warned you not to message her mans. But that doesn’t mean someone bigger or a pussy ass man will come along trying to pull some funny business. We all need to look out for each other!! Don’t be that one bitch that regrets not being noisy.

This past weekend I went to a pre-game party for my pretty friends birthday. When I walked in I honestly thought I was at the wrong place. Mad sketchy dudes everywhere, one with blood dripping from his nose from doing too much coke and another looked like he had at least 5 kids. The only normal looking one I later found out just got out of jail for attempted armed robbery. Shook was an understatement, I was beyond confused and I still have PTSD from it. Who were these characters? Who invited them over? Are my girlies endangered? Did someone just grab my ass?

I go straight to my baby girls room to figure out what the hell was going on. That’s when  I heard the story. Before I got there my girlie was just minding her own, getting mad cute and working on her hair. They know they gotta look their best when they go out with papi. She goes into her room to change when this creep ass dude came behind her and closed the door. He started to feel up my queens back and made his way down to her ass. He made comments like, “I wanna wife you up and make you my girl”. BOY BYE you wish. Does your main girl know you’re out here like this? My girl defiantly could of handled her own but my other friends mans became a white knight and sprung into action. He busted opened the door like his ass was in SWAT. He dramatically pushed the nasty prick off my girl and was legit ready to whoop his ass. All up in the weirdos face asking what the fuck was he trying to pull. His girlie had to pull him away because he was ready to beat some ass.  I’m honestly getting sweaty just thinking about it.

What makes this even crazier is that his girlie then got mad at her mans for “causing a scene”. Girl you are LUCKY I wasn’t there. I would of caused a bigger scene than Kanye on SNL. I don’t care how big he was, I would of dragged his ass. Your mans is like the Vodka Sodas batman. Stopping creeps left and right. No sexual assault on his watch. God forbid something did happened, she would of wished he did cause a scene. I am just so furious at myself for stopping at Chili’s before to get a drink with my stripper friend. UGH I should of been there to protect my baby girl. The rest of that night I gave my friend and that creep nasty ass looks. I refused to allow them to watch me twerk or look at my ass for the rest of the night. If you are wondering why that creep wasn’t kicked out, I AM WITH YOU. Everywhere I went I warned everyone. Do not talk to him or get a drink from him. Papi will get your drink if you’re that desperate. I made my friend buy her mans and I pedicures to make up for her dramatic ass. And no we didnt invite her.

When I found this story out at first I hugged my girlie and asked if she was okay and she laughed and said she was fine but imagine if she was drunk at that point and my friends mans didn’t save her? This could of been another story of a girl at a party getting raped and no one stopped it. We need to be noisy as fuck. Yes women are independent ass bitches who can hold their own, but this mentality of minding our own needs to end! So many crimes happen when people are around and no one does anything because they don’t want to “cause a scene” ugh I still cant believe she said that. Next time she has a really bad camel toe, imma mind my own and not tell her so I don’t “cause a scene”.