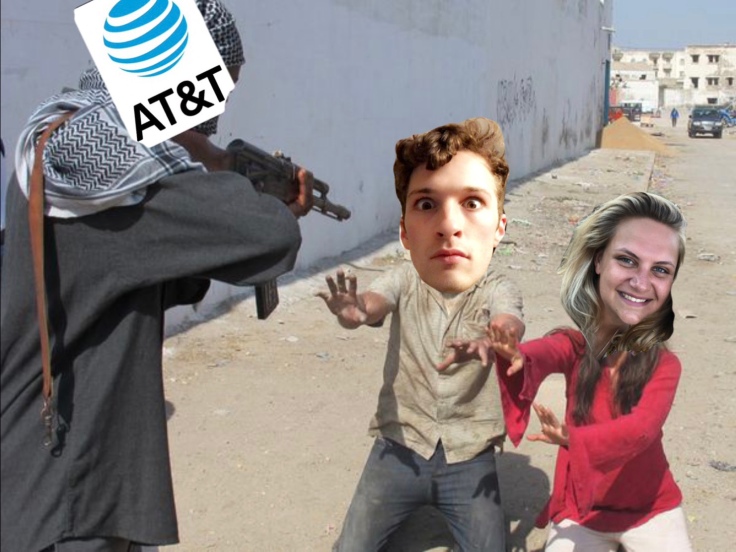 I am SO over big businesses being so predatory with their “additional” fees, its so SCUMMY! I got kids to feed damn it. Before we paid a simple bill, THAT WE UNDERSTOOD. $25 for the phone line, $15 for texting and $10 in taxes. Now we have all these random fees left and right from “upgrade fees” to “Administrative fee” plus others I’m too lazy to pick up my bill to check. The phone industry has always been type scum, besides T-Mobile. Idk about their service but their CEO seems lit and not a prick. I respect a company that puts their CEO in the spotlight.

Like T-Mobile’s John Legere who is all over Twitter and Facebook doing mad live videos about new products or even him cooking soup. Or Tim Cook at Apple who is not out there as John is but everyone still knows him. Unlike AT&T or Verizon, no one besides those who care, knows who their CEO’s are. Why is this? Cause they know they are shit companies and don’t want their CEO’s to face public backlash. If T-Mobile or Apple have a viral issue, people take their anger out on John and Tim on social media. If that happens to AT&T or Verizon, you just harass the intern working their twitter account.

Its less personal that way. I want a face to let out my anger at, not some intern behind a desk. We need to make all CEO’s publicly known so we can hold them accountable for their companies bullshit because when it comes down to it, they’re the ones who decide it all. Like what ever loser runs AT&T definitely signed off on these new “Upgrade” fees. Is $150 a month not enough for you? I understand you want a new yacht but my God leave me alone, I wanna live my best life too.

So basically, after AT&T ended their 2 year contract program, where you got a new iPhone for $199 if you signed a 2 year contract. Apple announced the “iPhone upgrade program” where you pay your phone off every month for 2 years. After 2 years its completely yours or you can trade it in every year for the latest iPhone. I’ve been doing this since the iPhone 5s, its a couple more buck than getting it thru AT&T but it has applecare and LESS HEADACHES. Getting it thru AT&T sounds like hell.

My baby girl did it because the payments were low. That’s because she has a “phone contract” for 5 years and she must return that phone in the same condition as she got it. Talk about anxiety. A year later her phone randomly crashed and Apple offered a free replacement. Legit AT&T was so rude and nasty about it saying no she has to replace it through them and there will be fees. EW y’all need a life leave my princess alone! I’ve never had any fees from AT&T for doing this, until this year.

When I got my iPhone there was an alert about a upgrade fee, I assumed this was only if I got it thru AT&T, so I ignored it. A month later I got my bill and saw a $30 dollar upgrade fee, I FREAKED. Like seriously, y’all gonna punish me because I don’t wanna get a phone from you, so childish. Grow the hell up. I asked them about this on Twitter and the response I got was a generic link to explain how this fee can be up to $45 dollars so I’m lucky I only paid $30. So fucking rude.

They are truly a trash company. I would bounce to T-Mobile but imma wait till after their merger with Sprint is complete. Their network will be way better and finally be able to actually complete with the scum bags at the top, AT&T and Verizon. Till then, imma continue to harass the social media interns.