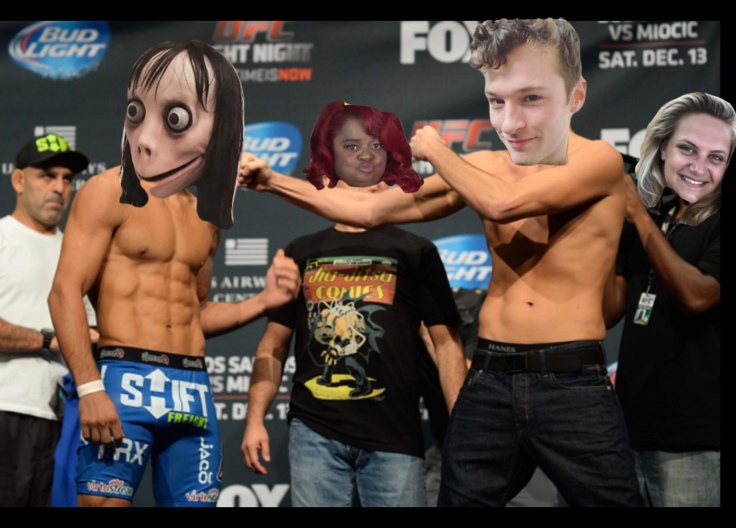 Can we just have a normal week? For the past few years its one shit show after another. Last year we had killer clowns running around. Now we have an internet “virus” named momo that is telling children to kill themselves. I truly thought this hot topic looking ass bitch was a joke, until I brought her up to my bosses daughter. All I was trying to do was warn home girl to delete TikTok and not go on Youtube. Stay away from this hoe. I didn’t know it would terrify the fuck out of her. 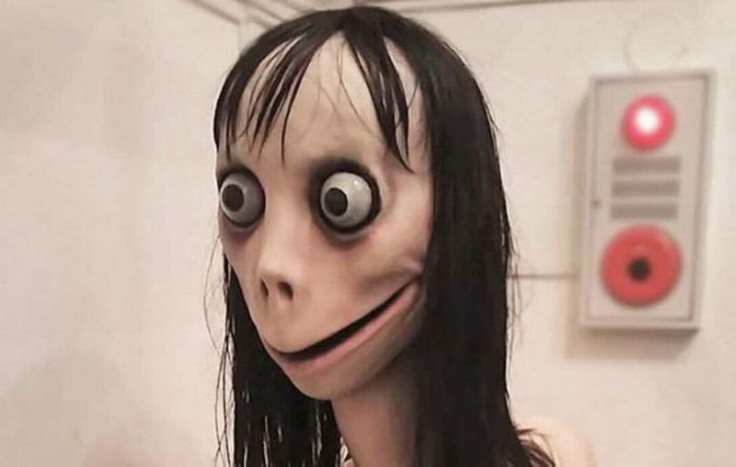 I told my boss about it and naturally she had a heart attack. Asking where this momo bitch lives and to tell her to knuckle up bitch. We call her daughter and as soon as my boss said the name momo her daughter started to ball her eyes out. Saying “how do you know her”? Girl I know everyone. Dead and alive. She tells us she showed up in a video on Instagram and her friends said 2 people already died from her. Like WTF show me those receipts.

Who is this fat ass loser who is making these videos? Why weren’t they deleted right away? Youtube has major issues. Pedophiles and dead emo girls lurk on there now. Seriously thou who takes the time to put some creepy ass girl with bad hair in the middle of a singing video telling kids to kill themselves. Trust me I got a fucked up sense of humor but this is NOT it.

Literally as I speak TT is going to pick her up because she is terrified. Doesn’t she understand, Momo can get her anywhere? No ones safe. I didn’t realize she was home sick! Why the hell did I open my big ass mouth. I was just trying to save a life, not interpret TTs work. And the girl lives with 2 pitbulls, they will eat Momos ass! My boss is trying to calm her down saying she’s not real, shes just an internet troll, she can’t find you. My boss is definitely gonna beat my ass after this. When I find this momo bitch I will drag her by her greasy ass roots, I don’t play. Girl think she all that and a bag of chips with her pale ass. She better keep that same energy outside the internet.

These internet “games” are legit out of control. When I was younger we heard of the pass out game. Being the idiots we are, we tried it. The pass out game involves squatting with your head between your legs while you breathe heavily. After a minute you shoot up and someone sightly chokes you. After 20 seconds you pass out and wake up like 2 minutes later. I’ve done it twice(which probably explains a lot). First time my friends didn’t catch me so I fell and hit my head. The second time I had a horrible headache for 2 days. Part of my soul definitely died that day. My father found out somehow (snitches get stitches) and got the belt. Homeboy was NOT happy. He lucky I don’t momo on his ass.

Parents I’m not saying you need to be stalking your kids internet life, but really you should be. There are so many creeps out there. Just waiting for your children to accept their friend request. Don’t be that stupid parent on the news saying “they had no clue their daughter was thoting it up on instagram”. Dudes too. Everyone gonna get kidnapped there we’ll leave it at that.

Xoxo my kids will eat dirt before they have a Facebook, they get bullied by ME not some random randy

One thought on “Where this Momo bitch live? I wanna square up.”