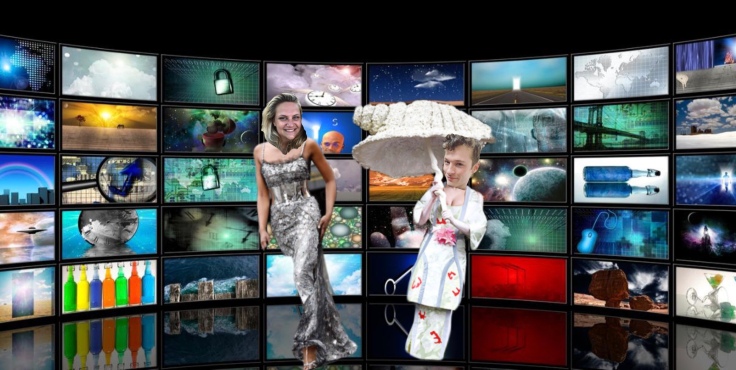 Now that “Game of Thrones” has ended, its time for y’all to finally watch a few of MY favorite shows so we can gossip about them! I am the King of binge watching. I sold my soul to the devil so I never sleep. My nights consists of watching 10 episodes of a show each night, reading 5 chapters of my book and a light jog to TTs house, so I can peep in her windows to make sure she’s sound asleep by midnight.

Since mad bitches always ask me what shows to watch, imma talk about my two current obsessions and list my all time favorites below. I seriously watch so much TV, Hollywood call my ass, I have SOOO many ideas. From my reality shows including, “Can I borrow your Uterus”  to my sitcom, “My best friends dad”. And lastly my variety show, “The Daddy Dutch Hour presented by Titos Vodka”. I have million dollar ideas people, y’all just being ignorant at this point.

The first show I’m currently obsessed with is “Secret City” on Netflix. “Secret City” is a Australian political thriller that first premiered in 2016 but Netflix got the American rights last year. As soon as I watched the first episode I was HOOKED! I decided to watch it because my baby girl from “Fringe” (another fav show), Anne Torv is the main star. So basically, season one is about her work as a journalist who uncovers MAD MURDER, LIES AND BETRAYAL in Australian Government between the Americans and Chinese.

As any long time readers know, I am terrified of China. Russia doesn’t have the hacking capabilities like China does. This season made me even more spooked! It involves how far China will go to protect how inhumane they are as a country.  Plus it shows how every politician is low key shady as shit and definitely have mad alternative motives that involves money. Aka Liars and Losers who cover up for each other. Just like American politics!

Season two involves the same premises but different. I won’t ruin it for y’all cause I obviously want you to watch it! Daddy is NOT team spoiler baby. It may sound complex and boring at first but it really isn’t. For example, the show starts with a girl in China setting herself on fire yelling “Free Tibet”. Yeah, INTENSE!

It also covers how scary the NSA and other foreign nations domestic spying on citizens is. I bet the FBI agent in my webcam is agreeing with this right now. Omg movie idea, a NSA agent is watching a girl thru a camera and sees her get kidnapped. Does he alert the family and let them know the government is spying? Or does he shut his mouth and keep his job. Okay I’m writing that and if anyone steals it, I save all IP addresses.

My next current obsession should be a classic boring historical miniseries. Instead its a fucking horror show that literally gives me chills every episode I watch. It’s called “Chernobyl” on HBO, only 5 episodes, so it isn’t dragged on. Fingers crossed they don’t fuck up the ending thou (cough cough Game of Thrones)!  Well its real life, how can you fuck that up? Unless you are Russia and rewrite it so there is no “misinformation”.

Okay “Chernobyl” starts with a suicide and the start of the disaster. Talk about hitting the ground running. This show’s cinematography is mesmerizing, like I feel like I’m in Chernobyl during this shit show and its gives me hives. The show switches between Soviet party officials trying to brush everything under the rug, literally. They were the biggest group of idiots around. Only caring about their image and not the fact that thousands of people will die because of this disaster and millions will be left with radiation poisoning. Thanks Comrades!

The other characters are scientists attempting to discover what the hell really happen despite the Soviets trying to cover it up. Plus the political red line bullshit they face because the soviets truly thought this was just a little explosion that released the same radiation as a chest x-ray, girl BYE!  These people truly had no clue how bad this was. One girl warned this wife, don’t touch your mans, he’s been exposed. What does she do? Gets all up on him, even makes out. Do you wanna die sis?

You discover something about her in episode 3 I won’t ruin but lets just say I have a feeling the last shot of the finale will be like the chestburster scene in Alien. Run demon baby run! Also this show has the most male nudity in a TV show, yeah I know SO random, but it works. What I love about this show is how they capture how STUPID the party officials were. They had zero clue on what was going on, fire fighters are having their skin boil over in a painful death, while the officials are drinking and having a gay old time. It make me LIVID! Seriously everyone watch this show, it’s amazing and you will learn how scary nuclear power can be in the wrong hands, looking at you North Korea and Iran.

Below I will list my top other favorite shows, just in-case you finish those two shows hella quick, daddy got you covered!!!

Xoxo if you are judging me for watching all these shows, just know this is like half the list, daddy needs to find a way to bottle his energy so y’all can be well versed in the art of television as I am