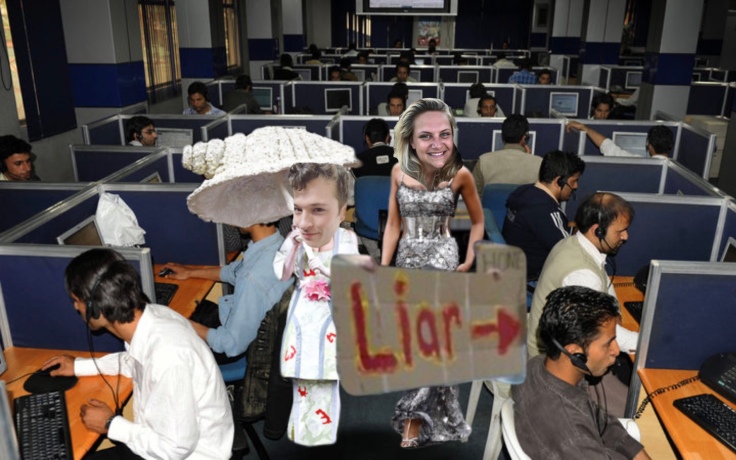 Can we ever catch a break? Like God please stop playing games with us. We are NOT a Playstation. First I have my cousin scamming kind hearted people, next I have people trying to scam my baby girl! OH hell no, I swear I need to make a reality show called “Scam Busters with Matt & TT”. TT came into work all hyped, not because she is beyond skinny and cute but because she found a cute ass house to rent on Craigslist for only $800 a month, utilities included and it was right on Oneida River. 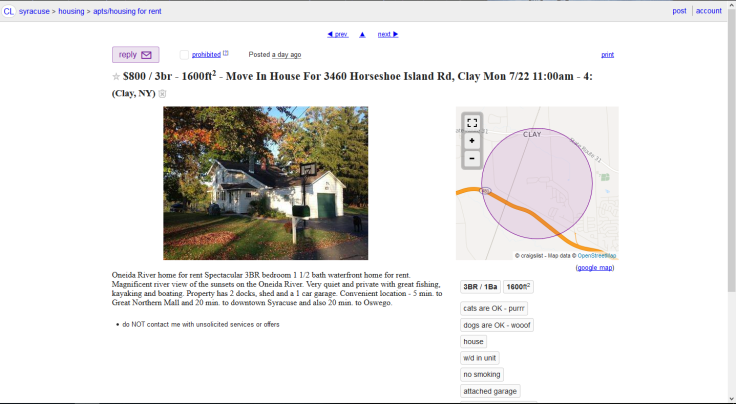 We were already envisioning the cute ass BBQ’s, the wall art(pictures of TT and I only, of course), outdoor yoga sessions by the water and family taco Tuesday nights. This hype was distracting us from the obviously clues that this was a scam. We were honestly blinded by the river. And plus our ABBA vinyl came in so we were already in a good mood.

She showed me the pictures and I said girl contact his ass ASAP. She did and right away he messaged her with some bullshit ass story about his wife being sick and how they tried to sell the house because they live in Tennessee now but they couldn’t get a good offer. His name was George Williams and he even signed the email with God bless so we were like damn he’s a man of God too! We can deff trust him, maybe he attends our church! Looking back we sound like a bunch of dumbasses. He said he was “hard of hearing” so I felt bad for him as well. This story is a prime example of why you NEVER feel bad for anyone. This world is full of scammers and LIARS! Just look at Congress.

So they wanted to rent their river side house to “responsible/clean tenants” aka TT. Girl is clean inside and out! He wanted her to fill out this application and said we could drive past the house to check it out. So we took a hella early lunch break and raced on over there. The drive was not even 15 minutes, so basically one Crime Junkies podcast. As soon as we pulled up we were in love! The house was small but hella cute.

Mad stain glass art pieces outside, a big ass sun room that would of been our breakfast nook/workout spa and a deck! Talk about the perfect spot to read my books! Yeah there was woods across the street so a killer could of stalked our cute, skinny asses but you know me, I would of decked that place with cameras covering every inch, ain’t nobody hurting my baby girl but her new mans.

Not gonna lie, the side door was unlocked so we went inside, home boy said we could check it out. It had 3 rooms, the kitchen had all new appliances and the paint job was type cute.The fireplace was to die for, I felt like we were on HGTV. I was already thinking what our first night dinner would be, Steak for me and Salad for my queen. We left before the cops came and Terra called the number he gave us. That was when it first hit me, the number was a Google Voice number aka what the scammers use. He sounded weird and I thought he sounded Indian but TT goes, “No I think he’s Italian”. GIRL BYE!

He said we could send him the security deposit and he would “express mail the keys and lease”. The little voice in the back of my head aka God or my tumor said “broooo da fuq this hella shady”. So I did what I always do in my time of need, Call my Auntie! Girl is hella smart and my voice of reasoning. She said to look online to see who owned the house via the public tax records. Ugh God gifted her with brains and beauty. So we went back to work and did just that but it wasn’t listed! So rude! So my old man said to call the tax assessor for the Town of Clay.

I did just that and he told me it was owned by a Mary, not a George Williams. That is when we realized we got GOT. TT was so sad, she was about to transfer money from her skinny girl bank account for this! We were going to drop it but I couldn’t let this scum bag get away with this. If imma put my cousin on blast I gotta put a random trash bag on blast as well. So I called the number back and pretended to be TT’s fiance in my best Southern accent.

I went along with this till he ask for my number so he can text me the address to send the deposit via Money Gram. Okay we may of been gullible at first but we are NOT that gullible. That’s when I told him my number was 911 and all hell broke loose. He was telling me nasty things about my mother so I told him nasty things about his mother, ugh it was so eventful I needed a personal day after that. I’ll included that in the video below.

Like yeah this is mad funny but what is so scary is they have TT’s number! What if he tries to kidnap her for sex trafficking in India! TT’s gym doesn’t have a location over there! I will go all Taken on their ass and save her, shit like this is why I have my carrying permit. I placed a GPS in all her tampons just to be safe, I take NO risks! I wish a brother would try me. You take her you fucking take me TOO! And I’m hella annoying.

Xoxo the worst part is TT even told him to have a bless day in her first email, I fucking hope he doesn’t. I hope everyday he wakes up his life is a new hell, I hope his wifey cheats on him and gives him crabs