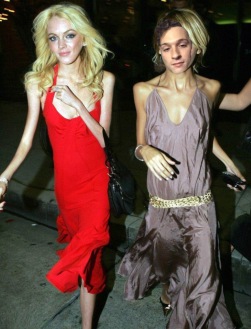 Honestly, if you cry about being slut shamed I have zero remorse for you. I’ve been a victim of something far crueler, that I CANT control. As someone with a body of a refugee, I get skinny shamed almost everyday. People are just so fucking jealous that you can naturally see my ribs, they have shit to say about it. Sorry you’re type hippo, doesn’t mean you can shame me! Jealously IS a disease. People constantly ask me, like have you eaten today, yeah bitch I have, you want me to throw it up? How about you worry about your ugly ass kids and STOP worrying about my Olsen Twins circa 2005 body type. Like I try to eat and I’ve been to the doctors, but honestly he was rude about it and told me to eat and I was like I try, da fuq! I just don’t have an appetite and he was like OK and like never called me back, so rude. But you know his ass still billed me that copay!

Does anyone know of fat ass bars that will make me fat like the ones in mean girls? Let me know! With Obamacare, like fat people can get lap band for hella cheap, but sadly President Obama doesn’t care about us skinny bitches. Like where’s the tax credit for eating more food? I’ve tried to work out but it’s like mentally and physically exhausting, like I need someone hot to motivate me. I used to be a member of Planet Fitness but honestly I HAD to cancel that shit. Not to be rude but it’s gross AF in there like there’s mad fat people everywhere, legit just walking on the treadmill. GO RUN! Or like lift a weight my God. I’m not being rude, I’m just being REAL. They even have a pizza party once a month,confusing much? How about a kale & ice cube party instead?

Its like maddd weird I’m not fat because I don’t eat like a pussy vegan, I eat chicken wings, hamburgers, steak, pizza and that’s like literally it. I wonder if my body just naturally skinny because God just blessed me with an AMAZING body, like why fuck with what God gave you? Some of the nastiest skinny shaming comments people have made to me are, “Yoo Matt! 1 finger down the throat to make the boys go cray?” or “what concentration camp are you from”. How rude! Sorry I got the body of a Pussy cat and you look like dirty ass Hagrid!