This story is real but the names have been changed to prevent jealous people from adding another lawsuit to an innocent family’s plate. I have a friend who’s being sued for the most ridiculous reason 2018. This case is a prime example of people clogging up our local courts with bullshit. Leave your family drama to Facebook and out of the courts.

This case begins 30 years ago when a young girl began her wannabe musical career. Her family purchased her a piccolo, hoping their daughters musical abilities could be the one thing to get them out of a life of being ghetto trash. Her parents scraped together all they had, going to sleep many nights hungry. After 6 months and many long doubles at the Diner, they finally had enough money for a brand new Piccolo. This piccolo was the top of the line BEGINNERS piccolo. At the time cost like $70 dollars. This girl Tracey-Lynn we’ll call her, loved this piccolo like she loved her barbies. And just like barbies she became bored of the piccolo real quick. Both of them collected dust in her closet for decades. Till 5 years ago after her parents died a tragic death(too much hamburger helper). She finally cleaned out her old room and found it.

This death wasn’t sad for Tracey-Lynn as she hated her parents. She blamed them for her eating disorder and addiction to crack. But she decided this piccolo was too nice to throw away. She would either sell it or gift it.

Fast forward a year later to when her mans sisters daughter wanted to play an instrument in her school band. Remembering her Aunt played the piccolo she immediately felt an connection and signed up to play right away. The girls mother reached out to her sister in law and offered to BUY the used piccolo. But her sister in law refused and said how about I give it to your daughter as a birthday gift! How amazing and thoughtful, well fast forward 4 years later and little miss favorite aunt became a twat real quick.

She decided out of the BLUE she wanted the piccolo back or wants $1500 for it because that’s what it’s worth(eyeroll). Okay well for starters that piece of shit isn’t worth a McDouble. It’s old as shit and barely worked HONEY. It’s not a Gucci purse…. slow your role. Next you gave that away 4 years ago…. do you not understand statue of limitation? Do you not watch law & order?

So because my friend actually has a brain she ignored this message. A week later she gets served with papers to attend small claims court… this girl really spent $35 dollars to file a lawsuit she is GOING to lose. Did you write up a contract stating you wanted it back 4 years later? Did you randomly decided you want to ATTEMPT to play the piccolo again? Your parents are dead girl… give up their dream already. You wasted their money once, allow this girl to get some used out of this piccolo!

This MUM has some nerve giving a gift to a little girl… then four years later asking for it back. WHO RASIED YOU? Someone should of explained to this MOTHER what the fuck a gift means. A GIFT is something you give away and never expect it back. What the hell are you Rent A Center? You really need a used piccolo back girl? You that thirsty for a fucking PICCOLO?

My verdict is LOCK THIS AUNT UP! She is the definition of a shitty aunt so one month in jail should teach her NOT to waste the courts time again! My God girl everyone is judging you for filing this case. How pathetic and shitty of a person can you be? 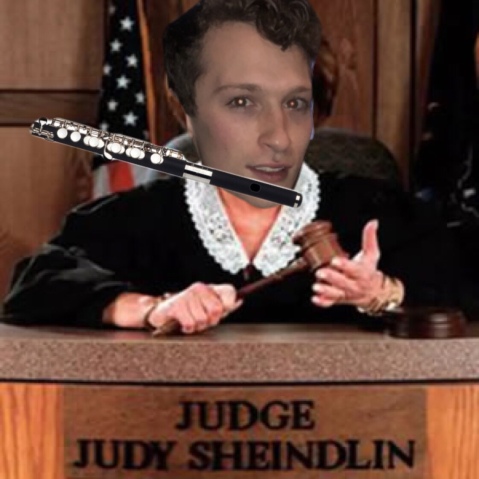